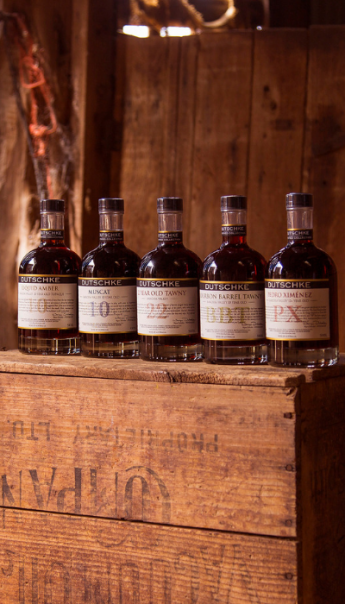 In the past we’ve mentioned our good friends Wally Krieg and his sister Daphne. Both have unfortunately passed away over recent years. Wally was 83 years of age and Daphne 90. Both lived good, humble lives on the old farming property on the corner of Gods Hill Road and Krieg Road just down the road from our home and winery. This farm had been in the Krieg family for more than 150 years. On this property Wally grew crops, ran sheep and managed a 20-acre (approx. 8 Hectares) vineyard planted by his father back in the 1920’s and 30’s. It is from this vineyard we take Shiraz each year to blend into the Gods Hill Road Shiraz.

Pedro Ximénez (PX) was another grape variety in Wally’s vineyard, one of the two main grape varieties grown in the southern wine area of Jerez, Spain, where Sherry is produced. The other major variety is Palomino. Both are relatively high yielding white grapes that love to grow in warm, dry conditions, so they are suited perfectly to growing in the Barossa as well as southern Spain. Pedro, when not blended with Palomino, is often used to produce famously rich and luscious fortified wines.

In the early 2000’s Wally was finding it difficult to sell his beloved Pedro grapes, as many wineries were no longer making fortified wine and Pedro, when turned to dry white wine is typically neutral in flavour. So Wally made the decision to slowly start grafting the old vines across to Shiraz.

In both 2005 & 2006, knowing that these vines wouldn’t be around forever, we chose to purchase the Pedro grapes and turn them into a sweet fortified wine, to age in barrel until we could decide how or where we’d use it. Now, 15+ years on we’ve made the decision! Both the 2005 & 2006 Vintages have been blended together to give us a scrumptious old fortified wine.

It’s somewhat bittersweet to read the Pedro Ximénez was planted in the 1920s and ‘30s, and while fruit for this fortified comes from the ‘05 and ’06 vintages, those vines are now gone. What’s left a tribute with this tawny-hued elixir. A heady mix of fruitcake, prunes soaked in brandy, malt and toffee. It’s rich and very sweet, not overly complex but a lovely drink.

A supple and quite youthful style with round, mouth-filling, dried glacé-fruit, malt and light honey notes. Drink now.