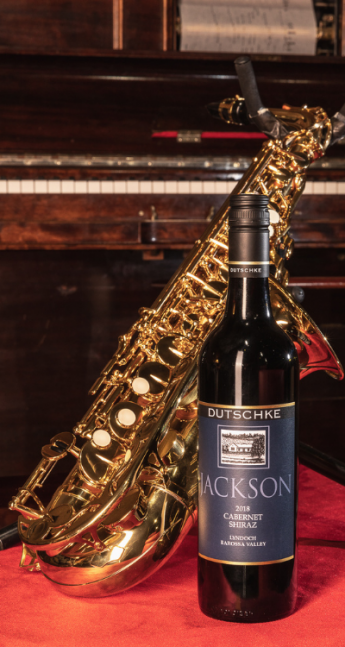 Ken and Helen Semmler’s beloved St Jakobi vineyard hosts a number of grape varieties with Shiraz leading the way. Down the track from the Shiraz are eight short rows of Cabernet Sauvignon planted way back in 1978. This small patch of Cabernet just happens to be across the road from the St Jakobi School and Church. In most years the grapes find their way into our Uncle blend of Shiraz, Cabernet, Merlot.

Blending Cabernet with Shiraz works a treat! These two varieties go together so well and make wines that have wonderful structure and flavour. It’s no wonder Aussie winemakers have been blending these two varieties for such a long time.

The Jackson Cabernet Shiraz blend has only ever been produced on two previous occasions. First release was in 2010 and then again in 2012. The wonderful 2018 Vintage gave us the right conditions for both Cabernet and Shiraz grapes to come together beautifully.

The “Jackson” Cabernet Shiraz is named after our young lad, Jackson. Often seen in the winery when there are visitors coming to taste, he will appear with his two friendly ringtail possums up his jumper as part of the entertainment.

Shiraz gives the fullness and softness of fruit to the palate, while Cabernet provides a fruit lift and tannin structure for the backbone. While very approachable as a younger wine, this wine will bottle age particularly well.

53% cabernet, the rest, shiraz. Perceived as a quintessential Aussie blend, although concomitantly, plenty championed the same blend in the south of France. This is juicy, without being a floozy. Cabernet’s herb-soused rims of tannin corral shiraz’s fruit cake spiced generosity. Plush and loosely knit, but the weave is palpable. Nice wine on the earlier side, with no real reason to wait.