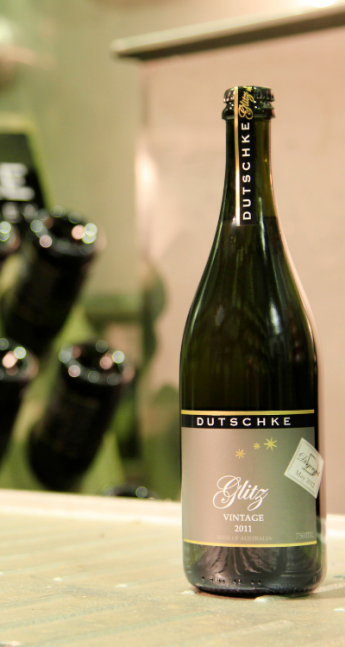 We thought with the somewhat formal 2012 Shed dinner being “A Night of the Oscars” we needed to start with some sparkling wine. Whose better to use but our own. So for the first time we’ve made some bubbles! White bubbles! While many other Barossa winemakers produce sparkling red we’ve done a white. Chardonnay from the 2011 vintage was still sitting in tank when we came up with the idea, so we turned some of it into a Sparkling wine using the traditional method of “fermenting in the bottle”. Our plan is to disgorge a small quantity each year for a number of years, so each year the same wine will be released with another 12 months of maturation on yeast so we can watch how this wine develops. It’s the time on the yeast lees (tirage) in the bottle where a good bit of the flavour comes from. This is what makes Coopers Ale taste so good! So far it’s been of great interest even with some visiting French Champagne winemakers taking some home to show their mates.